“He had a charming ability to make everybody around feel important.” British producer and director Don Boyd(Twenty-One)

“It was a privilege to know him…he was an incredible visual genius.” Academy Award winning actress Glenda Jackson.

Brilliant, controversial, iconoclastic, thought-provoking, those are just several of the words I can think of to classify director Ken Russell. He is beyond a shadow of a doubt one of my all-time favorite film makers and I was saddened to learn of his passing, less than one month ago on November 27th.  He was 84 years of age. At the time of his death I decided to forgo writing this particular blog because I knew there would be a bombardment of Russell articles, blogs, television pieces, etc; I figured I would wait and let the people who knew him both personally and professionally have their say before I, as an admirer, added my own take on things. This week’s blog doesn’t deal specifically with Ken Russell the person. I’ve already written a blog about him and his career which can be found in the August 2010 archives of RobbinsRealm Blog. No, this blog, while touching briefly on the man, deals with his film “The Music Lovers,” which in this blogger’s opinion deserves to have a Blu-ray release.

Survived by his wife Elise Tribble and eight children from three previous marriages, Russell was the first in the history of British cinema to have three films playing first-run engagements in London, England at the same time: “The Boy Friend”, “The Devils”, and the film this blog deals with.The movie, which was released on February 12, 1971 in France, was written for the screen by Melvyn Bragg, the winner of the 2000 WH Smith literary award for his book “The Soldier’s Return.” The film is based on the book “Beloved Friend” which contains letters that were passed between Russian musical great Pyotr Ilyich Tchaikovsky (1840-1893) and his benefactor, a woman he never met in real life, Nadejda Von Meck.The book was edited by Catherine Drinker Bowen and Barbara von Meck.

Having only been available on VHS and Laser Disc (for the few that had the player) for many years, it was finally released on a bare bones DVD on June 6th of this year. To its credit the DVD contains (as should be expected) a clean and complete print with both excellent images and sound quality, but there is where my praise for the disc itself ends. With the lone exception of a theatrical trailer, which seemed more of an afterthought than a planned out extra, there is nothing else. In this blogger’s opinion, still galleries, old or new interviews with the director, writer, and cast members, a complete list of Russell’s films with synopsis’s, and perhaps a biography or special section on Tchaikovsky and his music could have, and should have been included on the disc. In fact any of the aforementioned would have been welcome additions to the disc, but none were put on it, and for reasons I can’t ascertain, the film failed to garner a Blu-ray release.

Leaving my grumblings aside, the 124 minute movie itself is a masterpiece of Russell’s body of work. A majority of the compelling film is devoid of dialogue while the narrative is advanced with the use of fantasy, flashback, and nightmare sequences. The catalyst for the movie is when the incomparable Tchaikovsky witnesses the death of his mother due to cholera as she is attempting to be cured by the absurd remedy of scalding water that was put forth at the time, which leads to her agonizing death. The visuals of the tragedy stay with the composer and haunt him for the remainder of his days.

Among the film’s key attributes are the luminous performances of its competent cast. Richard Chamberlain (Dr. Kildare) embodies his portrayal of Tchaikovsky’s gentle nature, while at the same time expertly weaving through his character’s bouts with hysterics, along with showcasing a truly convincing portrayal of a piano virtuoso. Conversely, Glenda Jackson’s (Mary, Queen of Scots) character of Nina (Antonina Milyukova) is alternately fawning, resolute, pitiable, and in the end out of her mind; she is an explosive ball of on-screen creative energy. The two main leads are not alone, however, in painting the landscape of Tchaikovsky’s world. Lending outstanding support are: Max Adrian’s (The Boy Friend) character Nicholas Rubinstein, who is a pretentious impresario; Kenneth Colley, who hardcore Star Wars fans know as Admiral Piett in both (Star Wars: Episode V – The Empire Strikes Back) and (Star Wars: Episode VI – Return of the Jedi), portrays Modeste Tchaikovsky, who is the conniving brother of the composer; Christopher Gable’s (Women in Love) perfectly acted effeminate Russian Count Anton Chiluvsky; Maureen Pryor (Jessy) as Nina’s mother, who is more pimp than mother; and Izabella Telezynska (Ludwig) as Tchaikovsky’s calculating benefactor Madame Nadedja von Meck.

Aside from the cast and Russell’s directing, the film is visually stunning throughout thanks to Douglas Slocombe’s (Raiders of the Lost Ark) phenomenal cinematography. To start with there is the magnificent opening sequence of a joyous, snow-filled landscape, where victorious armies are returning to Moscow, a city that has taken on a festive atmosphere; the scene is a true cornucopia of both visual and auditory candy, that, in this blogger’s opinion, captivates the viewer, inviting you in to watch the remainder of the film.  Not wasting any time, Russell introduces Chamberlain’s character, who has not yet achieved stardom. The soon to be famous composer is enjoying some merriment in the snow with his secret male lover, Count Chiluvsky.  As an historical aside, and for those of you who may not know, Tchaikovsky was a gay man, who had to hide his homosexuality to avoid scorn during the time in which he lived. When he is not spending time with the count, he is a musician whose exceptional talents make him very much in demand, much to the chagrin and upset of his fellow composer Nicholas Rubinstein. Pyotr catches the interest of Madame Nadedja von Meck, an exorbitantly wealthy widow, who wanting to take care of the musical genius, provides Tchaikovsky with both financial support and a home.

Warning, spoilers ahead: Shortly thereafter, entering the composer’s life is Nina (Glenda Jackson), who will wind up not only winning Tchaikovsky’s heart, but becoming his wife. It is a marriage that is doomed to failure from the start thanks to Pyotr’s secret homosexuality which is at great odds with his nymphomaniac of a wife. Complicating things further is Tchaikovsky’s allowing himself to be consumed by his music to the point where it leads to him experiencing tremendous difficulty coping with life, which in turn leads to both a diminished mental capacity, as well as to Madame Meck’s withdrawal of financial support. In the end, Tchaikovsky opts to exit the world by drinking contaminated water, thereby insuring himself that he will die of cholera, but not before, like his mother, he is thrust into a tub of scalding water. The fate of his ill-matched lover Nina is banishment to a horrid asylum.

I would be doing the lavish film a tremendous disservice if I didn’t mention another of its outstanding virtues, that of Tchaikovsky’s music conducted by Andre Previn with The London Symphony Orchestra, which pervades the entire film. Previn and the Symphony play: Dance of the Clowns; Scherzo Burlesque; 6th Symphony (excerpts); Manfred Symphony (excerpts); String Quartet No 3; Romeo and Juliet (overture); Miniature March;and the 1812 Overture. In addition, the Piano Concerto in B Flat Minor (slow movement) is played by piano soloist Raphael Orozco and The Letter Song from Eugene Onegin is sung by vocalist April Cantelo. In regard to the music, my favorite scene in the film involves a wonderful surreal sequence where Chamberlain’s character of Tchaikovsky is performing the 1812 Overture, replete with bombastic antics and cannon fire. 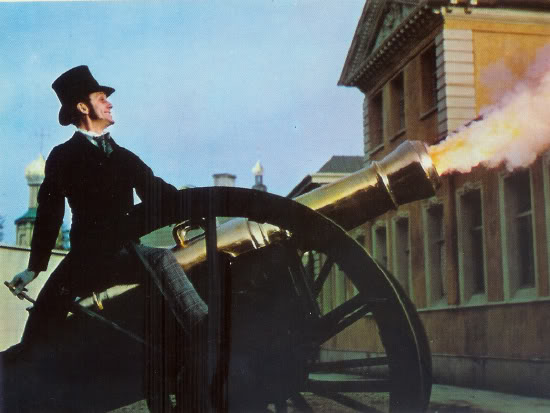 For those of you interested in learning more about Ken Russell beyond what I’ve written in my previous blog and this current one, I suggest you read his autobiography, “A British Picture.” The book was originally published in 1989, and a new edition was released in 2008. I am not saying that I am done blogging about his movies, because, if the film “Mahler” is not given the Blu-ray special treatment it also deserves I am sure in several months I’ll be blogging about that, but for now this current blog will suffice.

I am not going to endorse not getting the current incarnation of “The Music Lovers” on DVD. That would be foolish of me as a cinephille and would be a disservice to the memory of the director. I am only hoping that if enough Ken Russell fans voice their displeasure with the disc that was released, that perhaps special treatment will be paid to subsequent releases of the film in the future. I think it best to end with the following quote from the director because he certainly has helped me escape reality on numerous occasions.

“Reality is a dirty word for me, I know it isn’t for most people, but I am not interested. There’s too much of it about.” Ken Russell. 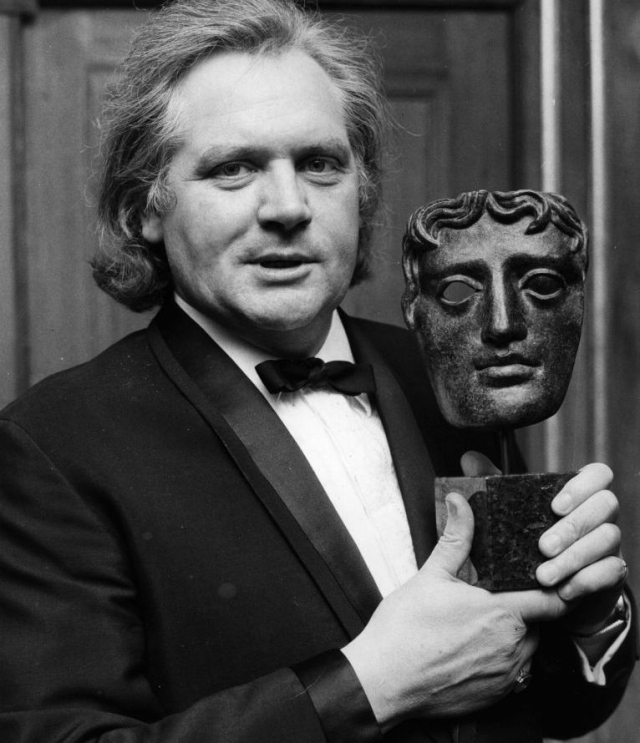 I was born in Smithtown, New York, and grew up, worked, and lived in various areas of Long Island before moving to Boca Raton, Florida where I now make my home. In addition to being an aspiring writer, I am also an English teacher. I have a Bachelor of Arts in English and a Master’s Degree in Education, both from Adelphi University in Garden City, New York. In my spare time you will find me engrossed in books, watching movies, socializing with friends, or just staying active.
View all posts by robbinsrealm →
This entry was posted in Movies and tagged actress glenda jackson, british cinema, director ken russell, The Music Lovers. Bookmark the permalink.