“The Hand of the King”

This past Sunday evening on HBO, the second season of the critically acclaimed and immensely popular show “Game of Thrones,” based on a series of epic novels known as “A Song of Ice and Fire,” by author George R.R. Martin, concluded its second season. This blog does not concern itself with the cable series as a whole entity; that would be like me trying to write a single comprehensive blog dealing with every aspect of the life of Thomas Jefferson. If I tried to do that, I simply would not be able to do the blog justice because there is such an endless wealth of information on the series – a series which is championed by a truly adoring fan base. No, instead, this blog focuses in on one character and the actor who portrays him; I find both the fictional character and the actor portraying him to be fascinating.

Even though actor Peter Dinklage (The Station Agent) was born with achondroplasia which is a form of dwarfism that affects cartilage formation and occurs in 1 out of every 15,000 to 40,000 newborns, that hasn’t stopped the 4’5” Dinklage from soaring to great heights. After receiving a degree in drama from Bennington College in Vermont, Dinklage, who is the son of an elementary school music teacher and an insurance salesman, first received acclaim for his role in writer and director Tom DiCillo’s 1995 film “Living in Oblivion.” He portrayed the character of Tito, an actor who is frustrated with the limited number of roles that are available to people of his height.

Dinklage is one of those actors who spent the early part of their career suffering for their art; he lived in an unheated apartment, because, while paying roles were offered to him, he simply refused to play anything that required him to portray elves or leprechauns. Staying steadfast in his approach to the sort of roles he would accept has certainly not diminished his capacity to get work. He has appeared in over thirty films doing both on-screen acting and off-screen voice work. A few of the better known films he has been cast in are: “Elf,” “Find Me Guilty,” and “The Chronicles of Narnia: Prince Caspian.” In 2003, he starred in “The Station Agent,” a movie that received critical accolades and garnered Dinklage nominations for best actor from both the “Independent Spirit Awards” and the “Screen Actors Guild Awards.” Guest appearances on television shows have included, but are not limited to, NBC’s “Third Watch,” CBS’s acclaimed, but short lived show “Threshold,” and FX’s Nip/Tuck; but nothing has generated as much fanfare for the actor as the character of Tyrion Lannister, the Hand of the King, on “Game of Thrones.” 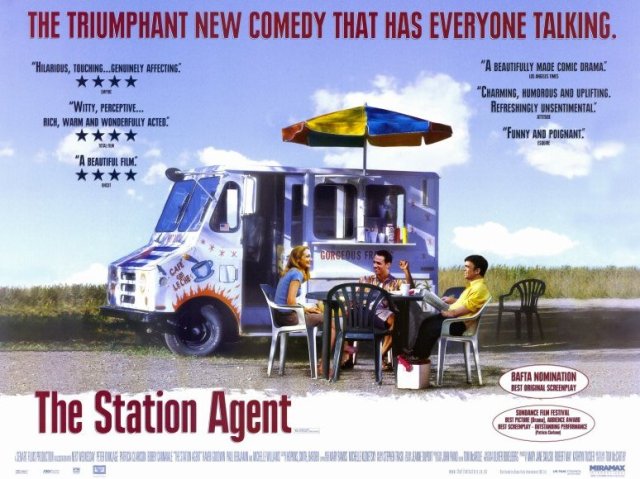 Despised his whole life by his mean spirited and hot tempered sister, Cersei, acted by Lena Headey (Terminator: The Sarah Connor Chronicles), and his strong willed father, Tywin, portrayed by actor Charles Dance (Underworld: Awakening), the complex, sharp-tongued Tyrion is the black sheep of the powerful Lannister family. And just as in Dinklage’s personal life, his character’s physical stature is an issue in the fictitious world in which the series takes place; but in no way is it the character’s defining feature. His weapon isn’t his fists nor a sword, but rather it is his resourcefulness, wit, and cunning, all combined with his humor, which have helped him to navigate successfully through a variety of situations and stay among the living. Tyrion is also intelligent enough to identify the relative goodness of the Stark clan, who have become the mortal enemies of his own family. For example, he chooses to defend Catelyn Stark, who was his prisoner for a time, from what would have been certain death, even though he could have escaped and saved himself. 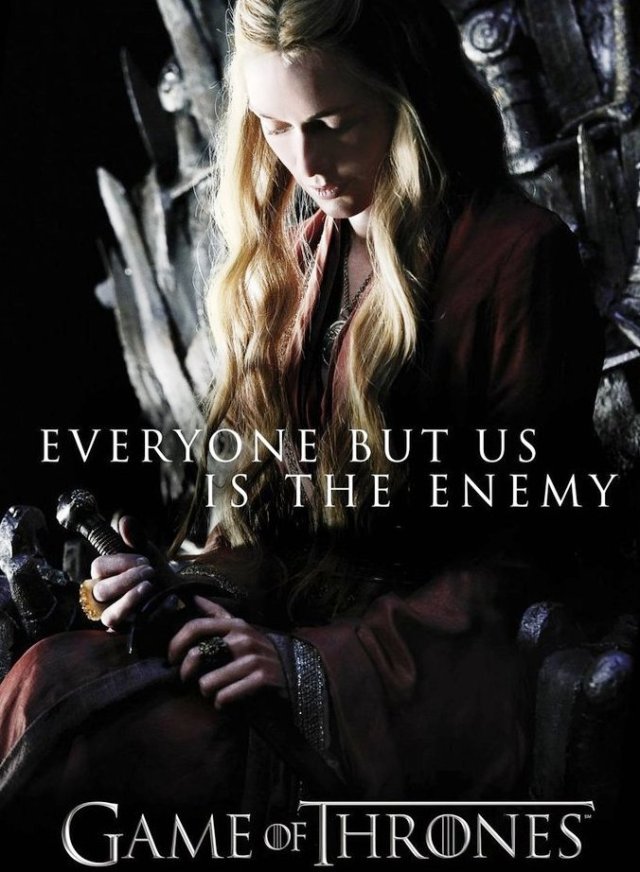 At first viewing, the show might appear to be purely an ensemble piece with no clear protagonist to be found, however, without the presence of the morally upright, Ned Stark, the “Hand of the King” in season one, the second season has seen Tyrion move to the front and center as the lead character. Tyrion is able to accomplish what the previous “Hand of the King” could not. He thwarts his nephew King Joffrey’s intensely cruel and murderous tendencies; unmasks those who spy for his diabolical sister; and keeps his rivals on the council, which comprise Westeros’ (the fictitious land in which Game of Thrones takes place) governing body, at bay, using them like pawns on a chessboard when it suits his purpose.

At the same time, however, Tyrion can, for all intents and purposes, be considered an honorable man in a non-traditional way; a far cry from the hedonistic character who, when we first see him on screen, is drinking wine and cavorting with a prostitute. True, he still drinks and partakes of the company of women, but his character traits are by no means one dimensional. For example, while most of the characters that comprise Martin’s fantasy world embark on paths that inevitably lead to fighting, scheming, and murder, ending in death and destruction, Tyrion desires to do none of the aforementioned. He is someone who is completely candid and truly stands by his word; a promise is not something Tyrion cavalierly speaks for the sake of escaping a potentially dangerous situation; as he states, “a Lannister always pays his debts.”

As an aside, Peter Dinklage, at the 2011 Primetime Emmy Awards, won an Emmy in the Best Supporting Actor category for his portrayal of Tyrion Lannister. In addition, he also won the Golden Globe in 2012 for Best Performance by an Actor in a Supporting Role in a Series, Mini-series or Motion Picture Made for Television.

I look forward to seeing how Tyrion’s character continues to evolve during the coming seasons. For now, Tyrion, in this blogger’s opinion, comes across as both a captivating and intricate individual whom you can’t help but like; And yet, he is, after all, still part of a blood thirsty clan, who wish nothing more than to maintain power and lay waste to all who oppose their rule on the iron throne. The moral dilemma of rooting for someone who aids the bad guys, however, makes not only Tyrion, but the entire series as a whole, in this blogger’s opinion, one of many HBO shows that over the years has become can’t miss television. If you’ve never watched the series, this would be the perfect time to catch up. The first season is available on DVD, and HBO will more than likely air repeat showings of the second season throughout the months until “Game of Thrones” returns. 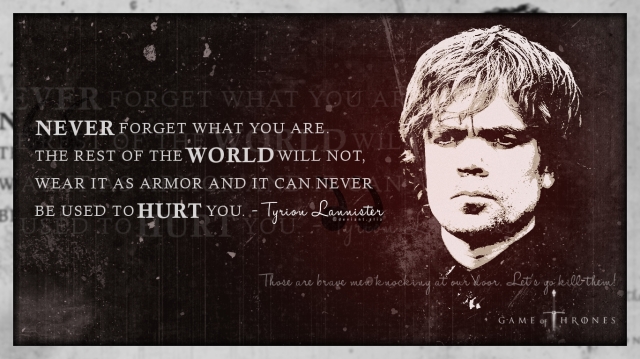 I was born in Smithtown, New York, and grew up, worked, and lived in various areas of Long Island before moving to Boca Raton, Florida where I now make my home. In addition to being an aspiring writer, I am also an English teacher. I have a Bachelor of Arts in English and a Master’s Degree in Education, both from Adelphi University in Garden City, New York. In my spare time you will find me engrossed in books, watching movies, socializing with friends, or just staying active.
View all posts by robbinsrealm →
This entry was posted in TV Series and tagged A Song of Ice and Fire, Charles Dance, Game of Thrones, George R.R. Martin, Lena Headey, Peter Dinklage, The Hand of the King, The Station Agent, Tyrion Lannister. Bookmark the permalink.

1 Response to “The Hand of the King”