“The Silence of the Lambs”

“The Silence of the Lambs,” the dark psychological, suspenseful and hypnotic thriller directed by Jonathan Demme (Rachel Getting Married) is based on the best selling novel by author Thomas Harris (Red Dragon).  The superbly crafted movie, which blends elements of the crime and horror genres, holds a special place in cinema history; it is only the third movie in the eighty-four year history of the Academy Awards to win the top five Oscars: Best Picture, Best Director, Best Adapted Screenplay, Best Actor and Best Actress. The two other films that accomplished the feat were the 1934 movie “It Happened One Night” and “One Flew Over the Cuckoo’s Nest” in 1975. 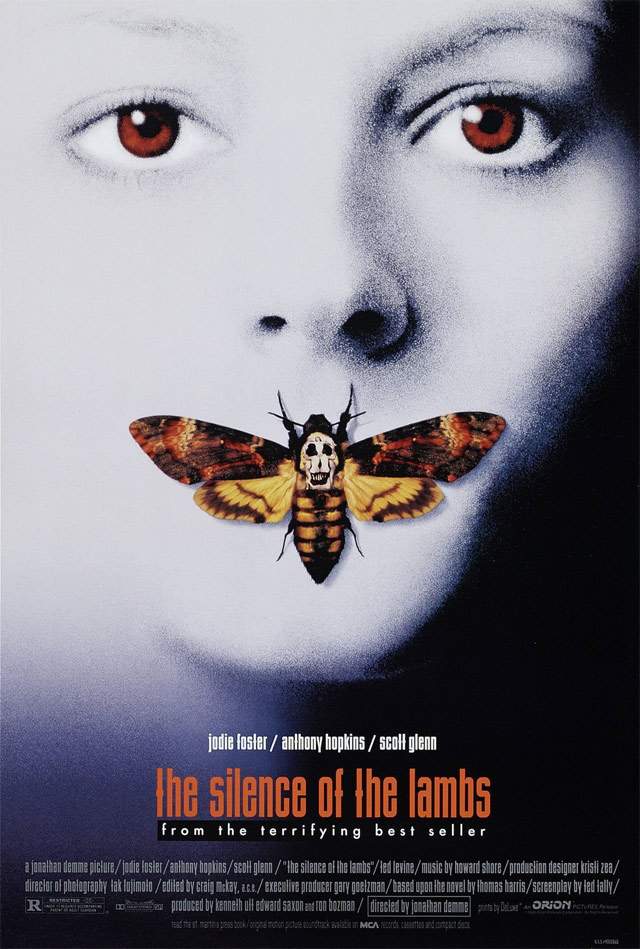 Written for the screen by Ted Tally, (All the Pretty Horses) the film, which had an estimated budget of nineteen million dollars, went on to gross just shy of two-hundred and seventy-three million at the box office. The movie opens by introducing the viewer to the heroine of the film Clarice Starling, played by Jodie Foster, (The Accused) who completely embodies the role. She is running on the obstacle course at the F.B.I. academy in Quantico, Virginia. Starling is a rising, earnest, F.B.I. agent-in-training, who is driven to achieve success, but at the same time she is vulnerable because she is still psychologically weighed down by the haunting memories of the death of her father; his passing took place when she was a child. 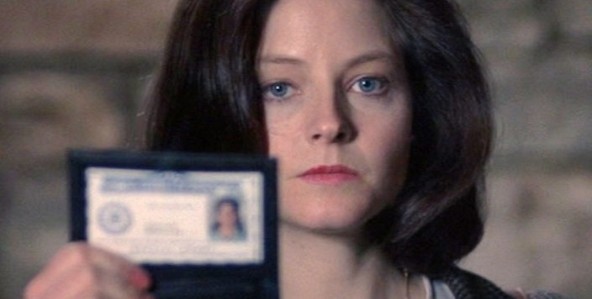 Starling is being recruited by her superior Jack Crawford (Scott Glenn) who is the Chief of the Bureau’s Behavioral Science Unit. He wants her to help catch a serial killer dubbed Buffalo Bill (Ted Levine) whose proclivity involves kidnapping large women, murdering, and skinning them. Time is of paramount importance because Buffalo Bill’s latest victim is United States Senator Ruth Martin’s (Diane Baker) daughter Catherine (Brooke Smith). Crawford wants Clarice to interview the infamous psychiatrist, and convicted murderer, Dr. Hannibal Lecter, who cannibalized his victims. He is imprisoned at a mental institution for the criminally insane in Baltimore, Maryland. 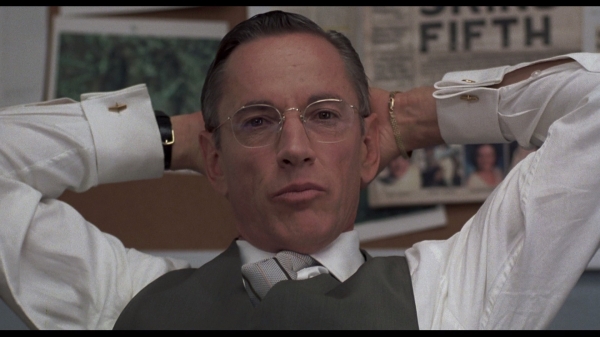 After arriving at the institution, Starling first comes into contact with Dr. Frederick Chilton, who is the chief administrator and is an instantly dislikable character, portrayed in a smarmy manner by actor Anthony Heald (Boston Public). Upon first meeting Clarice, he makes an unwelcomed advance which she quickly rejects. Before Starling is permitted to see Lecter, she is warned not to offer up any personal details about her life, a warning she will ignore. He also instructs her to use the sliding tray when she wants to pass case files, etc. to Hannibal. Making her way to Lecter’s cell she passes the barred cells of other inmates that are imprisoned on the same cell block as the doctor. One prisoner, named Miggs, (Stuart Rudin) speaks vulgarly to Clarice, but she’s too smart to engage the demented prisoner in a back and forth exchange. Miggs doesn’t realize it at the time, but he has just made a fatal error in judgment. When Clarice reaches Hannibal’s cell, he is standing completely still as if his feet were cemented to the floor. His head is tilted just slightly and one notices that his slicked back hair only serves to accentuate his cold, calculating eyes, which look like they could burn through his encasement. 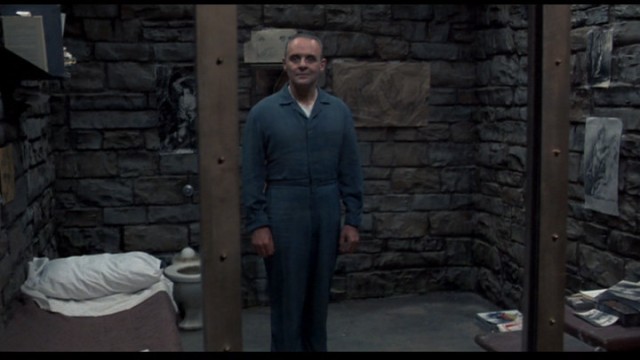 Lecter’s character is acted by Anthony Hopkins (The Remains of the Day) who gives a mesmerizing performance. Hannibal is a mixture of a sophisticated, brilliant, cultured man, who can switch with great ease from being eloquent to being monstrously cruel. Starling’s job is to try to elicit Lecter’s help in constructing a profile of who Buffalo Bill is. Crawford has a hunch that Lecter might be more receptive to a woman. Hannibal, however, is not going to just give Starling the information she seeks; from Lecter’s point of view, that would be far too one-sided. No, but he does offer her a quid pro quo deal. For every detail he shares about Buffalo Bill, Starling must impart to him something about her past. While helping Clarice get closer to catching the killer, Lecter is methodically working his way into Starling’s psyche and ultimately her feelings.

Will Dr. Lecter impart enough useful information in time for  Starling to save the Senator’s daughter? If the Senator’s daughter dies at the hands of Buffalo Bill will Starling be made the scapegoat? Does Hannibal figure out a way to escape his imprisonment? Will Clarice try to track him down if he does? What are the reasons behind serial killer Buffalo Bill’s kidnapping and killing of only large women? All these questions and much more will be answered for those of you who have yet to see the film.

Trivia buffs take note: The character of Jack Crawford was based on former F.B.I. Special Agent John Douglas, who at one time headed the F.B.I.’s elite Investigative Support Unit; he is now an author of best selling true crime books. While filming was taking place, Special Agent Douglas was trying to capture the Green River Killer, who was caught and identified as Gary Ridgway in 2001 thanks to a DNA test. Active in the Washington state area during the years 1982 through 1998, Ridgeway has confessed to killing as many as sixty women, which makes him the worst serial murderer in American history. Facing the possibility of execution, he made a plea deal with prosecutors to assist with the investigations of missing women and was sentenced to life in prison in December of 2003. The modeling of Crawford’s character after Special Agent Douglass wasn’t the only element of the story that was based on real life. Harris’s inspiration for writing the “Silence of the Lambs” was taken from the relationship that Robert Keppel, a criminology professor and profiler from the University of Washington, had with notorious serial killer Ted Bundy. Originally, Jonathan Demme wanted Michele Pfeiffer for the role of Clarice Starling, but screenwriter Ted Tally suggested to Demme that he audition Jodie Foster, who had been actively seeking the part from the outset. After Pfeiffer turned the role down because she felt the movie had too much violence, Demme auditioned Foster and became convinced immediately that she would make the perfect Clarice Starling. 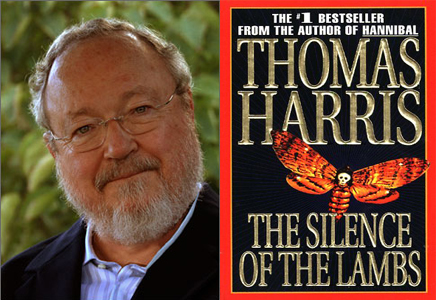 The riveting onscreen performances by Foster and Hopkins alone were, in this blogger’s opinion, worth the price of admission when the film was first released in theaters on February 14, 1991. Not only has the film garnered the five aforementioned Oscars and numerous critical accolades over the years, but in 2011, The United States Library of Congress considered the movie important enough to be preserved in the National Film Registry. Tak Fujimoto’s (Ferris Bueller’s Day Off) cinematography is spot on. He shot the film with limited light which serves to match the narrative being advanced, while the original music by composer Howard Shore (The Lord of the Rings Trilogy) does an excellent job of creating the perfect tone for each scene so that it blends seamlessly with what is transpiring on screen. In this blogger’s opinion, “Silence of the Lambs” is as perfect a thriller as you’re apt to find.

I was born in Smithtown, New York, and grew up, worked, and lived in various areas of Long Island before moving to Boca Raton, Florida where I now make my home. In addition to being an aspiring writer, I am also an English teacher. I have a Bachelor of Arts in English and a Master’s Degree in Education, both from Adelphi University in Garden City, New York. In my spare time you will find me engrossed in books, watching movies, socializing with friends, or just staying active.
View all posts by robbinsrealm →
This entry was posted in Movies and tagged Anthony Heald, Anthony Hopkins, Hannibal Lecter, Howard Shore, Jodie Foster, Jonathan Demme, Scott Glenn, Tak Fujimoto, Ted Levine, Ted Tally, The Silence of the Lambs, Thomas Harris. Bookmark the permalink.