“Life After Death – The Autobiography of Damian Echols”

Posted on January 2, 2013 by robbinsrealm

At eighteen years of age, in 1993, Damian Echols life was turned upside down. He was falsely convicted of murdering and mutilating three eight year old boys in West Memphis, Arkansas. Nearly half his life went by before that egregious error on the part of the justice system was righted, albeit not a full exoneration. Echols became a free man in August of 2011, along with his co-defendants Jason Baldwin and Jessie Misskelley, Jr., by taking an Alford Plea.

As an aside, and by way of explanation, after numerous appeals had been denied, the Supreme Court of Arkansas ordered an evidentiary hearing that would include both old and new evidence to be admitted. This created a real dilemma for the State of Arkansas. If the men, collectively known as the West Memphis Three, were granted new trials, it could be very costly for Arkansas, to say nothing of the embarrassment it would cause if the three men were acquitted. Faced with the very real possibility of new, expensive and embarrassing trials, the State of Arkansas was trying to figure out a way to make a deal and Echols’ attorneys came up with one in the form of the rare, little used legal maneuver known as an Alford Plea.

The plea allows defendants to maintain their innocence, but at the same time admit that the state could potentially have evidence that could result in a conviction. Had the West Memphis Three rejected the plea and been found guilty during a new trial, Baldwin and Misskelley, Jr. would have had to continue serving out the remainders of their life sentences and Echols would have eventually been put to death.

The evocative autobiography, “Life After Death,” does not concern itself with the trial of Echols and his co-defendants. Instead, it is a memoir that hones in on two segments of Echols life.  The first segment focuses in on the poverty Echols dealt with during his childhood. It was a period in his life where he often moved to different states. He lived in mobile homes and substandard housing, and went without basics, such as: running water, heat in the wintertime, and air conditioning during the summer months. The second segment is about his incarceration on death row. For those of you interested in the trial, that material is covered by three excellent documentaries which were made for HBO: “Paradise Lost: The Child Murders at Robin Hood Hills,” (1996), “Paradise Lost 2: Revelations,” (2000), and “Paradise Lost 3: Purgatory,” (2011). All three were co-directed and produced by Joe Berlinger, (Iconoclasts) and Bruce Sinofsky (Brother’s Keeper). The initial film caught the attention of prominent members of the entertainment and music world such as: Academy Award winning director Peter Jackson (The Lord of the Rings: The Return of the King); box office superstar Johnny Depp (The Tourist); Pearl Jam lead singer Eddie Vedder; and actor, author and singer Henry Rollins, they, among others, became involved in the case, offering both their celebrity and financial support.

During his time in prison, Echols was in solitary confinement with only his sheer will and determination to make it through another day. There were also interludes when he was housed with other inmates. During those times when he was incarcerated with other prisoners, he not only had to keep his wits about him due to the impending danger that could be unleashed by fellow inmates, but according to Echols, the sadistic and vicious prison guards as well. Humans were not his only source of extreme concern…crickets and rats, depending on the time of year, infested the cell blocks and temperatures would reach over 100 degrees during the sweltering Arkansas summer months.

Echols didn’t just allow himself to waste away to a man merely going through the motions of life as he waited for his execution date to arrive. He met, initially through correspondence, and eventually married the love of his life, Lorrie Davis. She championed his cause from outside the prison walls with an unyielding zeal and single minded purpose to secure Echol’s freedom. In addition to finding true love, Echols kept his spirit up by attempting to continue on with a purposeful life in a variety of ways. He became heavily immersed in Buddhist teachings and Zen meditation, read voraciously, wrote journal entries, and recollected on memories that brought him comfort. One such memory was his remembrance of how the snow felt under his boots as he would walk during the winter time. He was also able to find fleeting moments of happiness right inside of his jail cell by engaging in simple pleasures, such as watching airings of  The Great Pumpkin Charlie Brown” on back to back evenings. 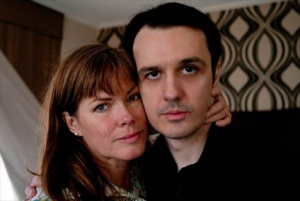 For opponents of the death penalty, Echols provided them with fuel for their cause. He cites how people who did not have the mental capacity to understand that they were to be put to death, something which is against the law, were executed anyway. One particular inmate was asked what he wanted for his last meal. The man in question wanted pie. The death row inmate ate half of his pie and wrapped up the other half in tinfoil, stating that he would eat the rest after the execution. Clearly, that was a person who should have never been put to death, but instead should have been sent to a mental health facility to live out the remainder of his days.

I was interested in reading “Life After Death” because I watched the documentaries as they were shown on HBO, through the years. I also followed the story in the news. The book is unflinching in its emotionally charged portrayal of not only a life behind bars, but the all consuming efforts on the part of the prison system to crush the will of those who have a pre-determined date with death. The New York Times and Los Angeles Times best selling book is a poignant piece of work that, in this blogger’s opinion, once read, is not soon forgotten.

I was born in Smithtown, New York, and grew up, worked, and lived in various areas of Long Island before moving to Boca Raton, Florida where I now make my home. In addition to being an aspiring writer, I am also an English teacher. I have a Bachelor of Arts in English and a Master’s Degree in Education, both from Adelphi University in Garden City, New York. In my spare time you will find me engrossed in books, watching movies, socializing with friends, or just staying active.
View all posts by robbinsrealm →
This entry was posted in Damian Echols, Literature and tagged Bruce Sinofsky, Damian Echols, Eddie Vedder, Henry Rollins, Jason Baldwin, Jessie Misskelley, Joe Berlinger, Johnny Depp, Life After Death, Lorrie Davis, Peter Jackson, West Memphis Three. Bookmark the permalink.