Arriving today on DVD and Blu-Ray is the first season of BBC America’s well written, excellently acted, and engrossing, “Orphan Black.” Premiering on March 30, 2013, the show is a mixture of the genres of action, drama, and science-fiction, and was created by John Fawcett (Lost Girl) and Graeme Manson (Endgame). The pilot episode begins with the introduction of the main character, Sarah Manning, portrayed by actress Tatiana Maslany (The Vow). She is an orphan who has made poor choices in life and is attempting to rectify her past behavior. The reason for her wanting to walk the straight and narrow is so she can get custody of her daughter, Kira (Skyler Wexler), who is currently being raised by Sarah’s former foster mother Mrs. S (Maria Doyle Kennedy). Mrs. S will not relinquish custody of Kira until Sarah can prove that she has changed her destructive ways.

While standing on a train platform, Sarah observes a woman who looks identical to her, but before she has an opportunity to talk with her, the woman commits suicide by throwing herself in front of a moving train. After the initial horrific jolt of what she just witnessed, Sarah takes the woman’s belongings, and hatches a two part plan: First, Sarah fakes her own death in order to escape her drug dealing boyfriend, Vic (Michael Mando), who has come looking for her to reclaim cocaine she stole from him. Secondly, she plans to empty the bank accounts of the deceased woman. Sarah is committing the crimes in order to get enough cash together so that she and Kira, along with her flamboyant, artist, foster brother Felix (Jordan Gavaris), can move away and begin a new life. A special mention must be paid to Jordan Gavaris in the role of Felix. He is the character with which Sarah shares the most screen time, and is also her rock, the one person she implicitly trusts throughout everything that she will encounter during the first season. In addition, his acerbic commentary brings some much needed humor to some of the darker elements of the show. As an aside, the show also has a story line involving actor Matt Frewer in the role of Dr. Aldous Leekie. If Frewer’s name doesn’t ring a bell, he played the character of computer generated Max Headroom, who appeared in commercials, film, and in his own television series in the 1980s. 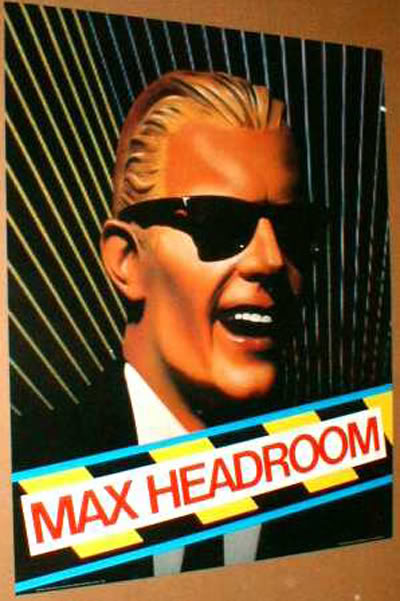 The plan Sarah formulates becomes anything but smooth sailing, as she begins to encounter more women who look exactly like her. The reason for this is because the women are clones, spread out throughout the world, all created by a nefarious, neurological – geneticist organization for purposes still yet unknown to the viewer. To make matters worse, the woman whose identity Sarah stole turns out to be Detective Beth Childs. Sarah finds herself embroiled in the world of police work, held captive by her partner, Detective Art Bell (Kevin Hanchard), who has to make sure Sarah / Beth comes through for him in regard to the shooting death of a civilian that is being investigated, an incident which led to Beth being suspended from the force. On the home front, Beth’s boyfriend Paul (Dylan Bruce) also complicates matters because he soon suspects that Sarah is not Beth, based on Child’s past behavior in their relationship. 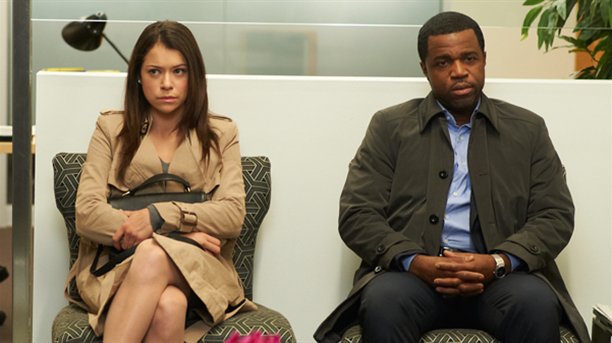 Maslany’s acting is nothing short of superior, as she effortlessly transitions from one role to the next. Amongst the different clone personas that are showcased are: Cosima, a Ph.D. science student, working in the field of Evolutionary Development Biology; uptight, suburban soccer mom Alison; and crazed, self –mutilating, Ukrainian killer, Helena. Even though each of the clones is acted by Maslany they all feel fully formed. Each clone has her own distinct voice, mannerisms, disposition, hairstyle, and way of dressing.

I am not going to give a blow by blow description of each of the episodes. What would be the point of you watching if I have already informed you of all that transpires? Suffice it to say, from the moment Sarah witnesses Beth’s suicide on the train platform, until the last moment of the season finale, the show has a way of a hooking a viewer in and not letting go. I felt compelled to keep watching to see what would happen next, and how the various clones would navigate their way through all of the suspenseful and thrilling twists and turns that they find themselves dealing with. For those of you looking to invest in a new television show while you wait for your favorites to come back in the fall, you can’t go wrong with “Orphan Black,” which BBC America on May 2, 2013 renewed for a second season.

I was born in Smithtown, New York, and grew up, worked, and lived in various areas of Long Island before moving to Boca Raton, Florida where I now make my home. In addition to being an aspiring writer, I am also an English teacher. I have a Bachelor of Arts in English and a Master’s Degree in Education, both from Adelphi University in Garden City, New York. In my spare time you will find me engrossed in books, watching movies, socializing with friends, or just staying active.
View all posts by robbinsrealm →
This entry was posted in TV Series and tagged BBC America, Dylan Bruce, Graeme Manson, John Fawcett, Jordan Gavaris, Kevin Hanchard, Maria Doyle Kennedy, Matt Frewer, Max Headroom, Michael Mando, Orphan Black, Skyler Wexler, Tatiana Maslany. Bookmark the permalink.