Normally, I don’t like to watch a film based on best selling author Stephen King’s work until I have read the book or short story that the movie is derived from. “Dolores Claiborne,” which was originally released on March 24, 1995, is a rare exception. King wrote the Claiborne character specifically with Academy Award winning actress Kathy Bates (Fried Green Tomatoes) in mind, after he met her while she was working on the set of the film “Misery.” The movie was directed by Oscar winner Taylor Hackford, (The Devil’s Advocate) and written for the screen by Oscar and BAFTA nominated Tony Gilroy (The Bourne Legacy). The film’s runtime is 132 minutes, and various parts of its plot touch upon the genres of crime, drama, mystery and thriller. 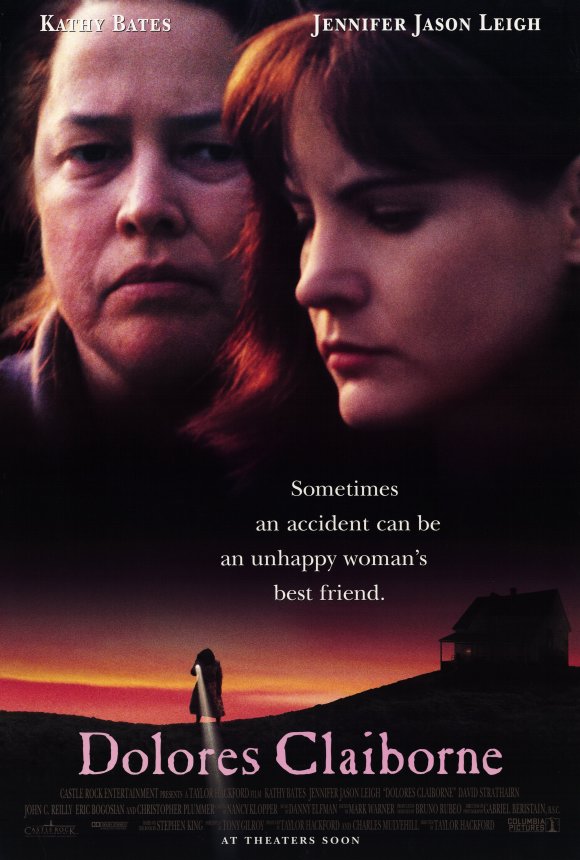 At the start of the film, the viewer is presented with a seemingly open and shut case of murder. A bit of arguing takes place between the bitter, hard working, maid / caregiver, Claiborne, and her employer, the wealthy, overbearing, Vera Donovan, portrayed by Judy Parfitt (Girl with a Pearl Earring). The argument comes to an end when Donovan seems to have been pushed by Dolores, and is laying at the bottom of the staircase, clinging to life. Bates’ character hurriedly makes her way into the kitchen, looking for something that will finish the job. She picks up a rolling pin, and returns to the staircase. As she is standing with the weapon raised high above her head, ready to bludgeon Vera to death, the mailman arrives, and Dolores drops the rolling pin, stunned by his entrance. Vera passes away moments later, and Claiborne is taken into custody by Oscar winner Christopher Plummer’s (Beginners), character, Detective, John Mackey. 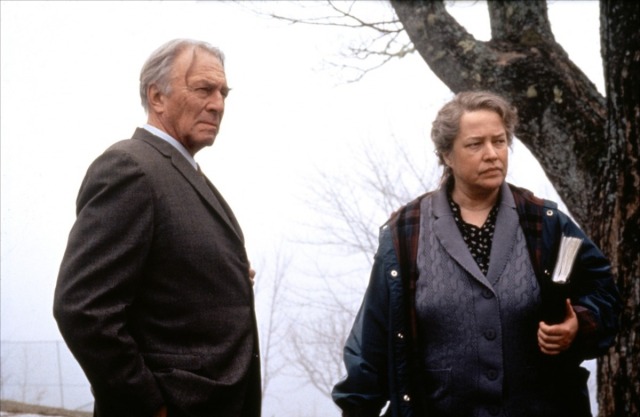 Plummer’s character is the worst type of member of law enforcement, at least at the stage of his career he is introduced to the viewer. He is willing to put his ego pertaining to closing cases, and his wounded pride, above all else, instead of adhering to the policy of innocent until proven guilty. Detective Mackey is hell bent on seeing Claiborne spend the rest of her days behind bars, no matter what. He goes so far as to write a police report containing nothing but circumstantial evidence, that he wants to be taken as proof of Claiborne’s guilt. The viewer will soon learn that this is not the first time Dolores has been investigated. Apparently, her husband, Joe St. George, who was, among other vile things, an abusive alcoholic, played by David Strathairn, (Good Night, and Good Luck) died under suspicious circumstances many years earlier, and because the death was ruled an accident, Mackey feels a murderer walked free. (As an aside, Oscar and Golden Globe nominated actor, John C. Reilly, (Chicago) also appears in the film for a short duration of total screen time as Constable, Frank Stamshaw). 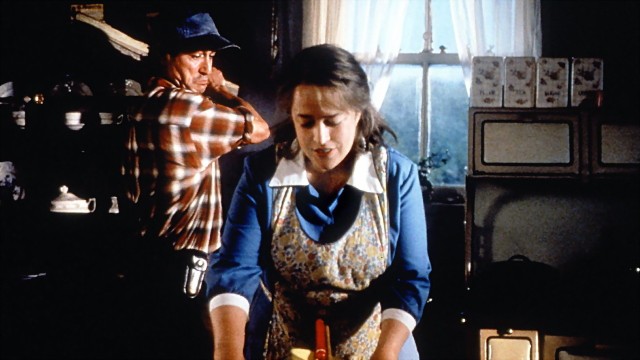 Tenacious, cigarette smoking, pill addled, New York reporter, Selena St. George, compellingly portrayed by Jennifer Jason Leigh, (Weeds) receives a fax with her mother’s picture on it and the written words “isn’t this your mother.” Temporarily putting on hold an assignment that would take her to Arizona to cover an important story, she returns home to the sleepy, island town, off the coast of Maine, where she grew up. Mother and daughter have been estranged for fifteen years. Selena is a hard character to warm up to, but one begins to better understand her attitude, thanks to a series of flashbacks, that effortlessly take the viewer from past to present and back again. Along the way, what is offered in those scenes helps the viewer to see why both Claiborne and Selena have turned out to be the women they are, at their respective stages of life. 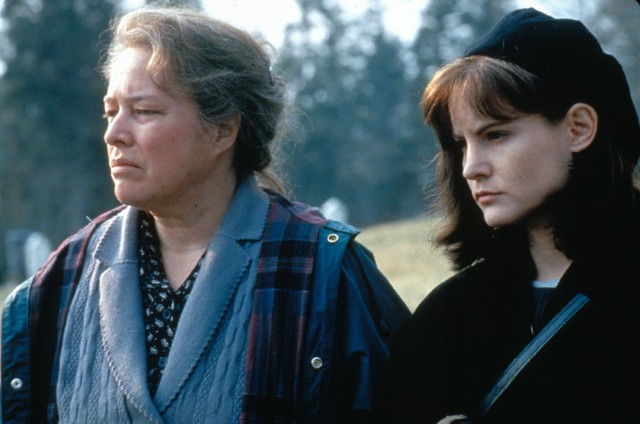 Dolores is taken from the police station by Selena, and since Vera’s house is now deemed a crime scene, they return to the home they lived in during Selena’s youth. The house is worse for wear, thanks to broken windows, graffiti, courtesy of some of the more mean spirited townsfolk, and the lack of anyone having really lived there for a long time. The tension between Claiborne and Selena is palpable, as long dormant secrets start to make their way to the surface, causing each to face the reality of what actually took place in the past.

Bates was the perfect choice to play Dolores, offering up a nuanced performance that captures a wide gamut of emotions. The entire cast, for that matter, is excellent; there is not a one dimensional character to be found among them. Will Detective Mackey finally get his long festering revenge against Dolores? Did she really kill her husband years earlier or was it an accident? What events from the past have Dolores and Selena attempted to repress? Why, after so many years of loyal service to Vera, a woman who was nearing the end of her life, would Dolores kill her? All of those questions and more will be answered if you take the little over two hours to watch the powerful drama, which at its heart explores the lengths people will go to protect the ones they love most in this world.

I was born in Smithtown, New York, and grew up, worked, and lived in various areas of Long Island before moving to Boca Raton, Florida where I now make my home. In addition to being an aspiring writer, I am also an English teacher. I have a Bachelor of Arts in English and a Master’s Degree in Education, both from Adelphi University in Garden City, New York. In my spare time you will find me engrossed in books, watching movies, socializing with friends, or just staying active.
View all posts by robbinsrealm →
This entry was posted in Movies and tagged Christopher Plummer, David Strathairn, Dolores Claiborne, Jennifer Jason Leigh, John C Reilly, Judy Parfitt, Kathy Bates, Stephen King, Taylor Hackford, Tony Gilroy. Bookmark the permalink.