A month ago yesterday, at the Dolby Theatre in Hollywood, California, The 86th Academy Awards, hosted by Ellen DeGeneres, took place. When Alfonso Cuarón took the stage to accept his Oscar for Best Director, for the film “Gravity,” the evening became historic. In that moment, Cuarón became the first Latino to win the award. Born on November 28, 1961, in Mexico City, Mexico, Cuarón’s first interest in film came after he watched the Apollo moon landing on television. At the time, he wanted to be either an astronaut or a filmmaker; upon learning what went into becoming an astronaut, he opted for the latter, and the world of cinema has been enriched by that decision.

“I learned that in order to be an astronaut, you had to be part of the army, and I said, ‘okay, I want to be a director and do films in space.” 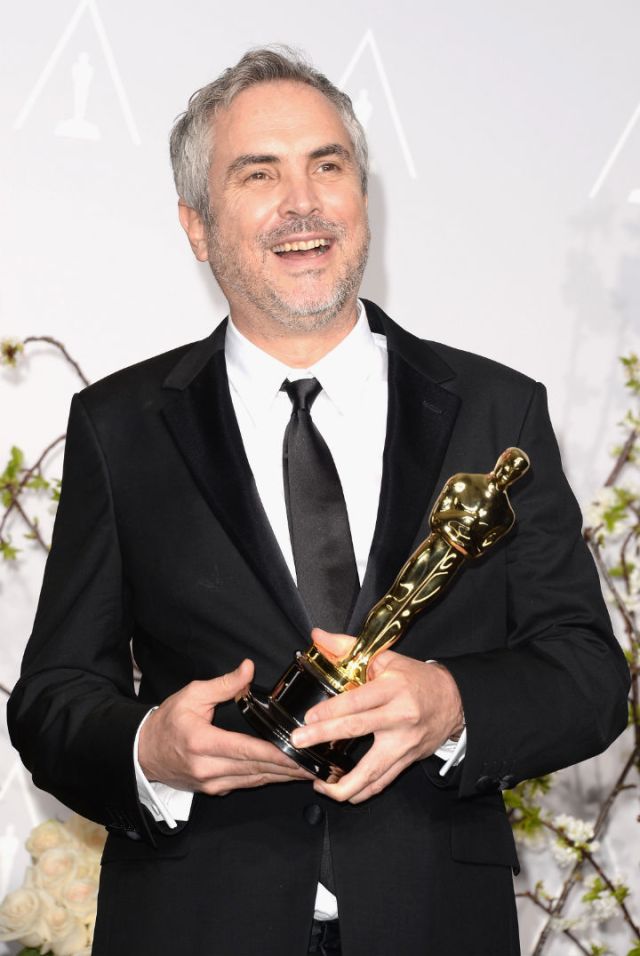 Cuarón’s love of movies was nurtured by his mother, who was passionate about film, and encouraged her son to explore his artistic dreams. Growing up, some of Cuarón’s favorite films consisted of the entire “Planet of the Apes” series. But his viewing habits weren’t limited to just science fiction. In fact, he set a personal goal for himself, to see a film at every movie theater throughout Mexico City; this in turn exposed him to a wide array of diverse genres. He marveled at the techniques of directors such as Francis Ford Coppola (The Godfather), Alfred Hitchcock (Vertigo), Stanley Kubrick (Lolita), F.W. Murnau (Nosferatu) and Steven Spielberg (Raiders of the Lost Ark).

Cuarón attended film school at the National Autonomous University of Mexico. He was expelled, however, for working on a film in English, which was counter to the universities rules and regulations. Twenty years old, and with his then girlfriend pregnant, he began taking behind the scenes jobs, such as cameraman, grip, sound man, among others in Mexican film and television. Finally, having his fill of working for other people, after he finished scripting several episodes of the television show ” Hora Marcada,” he decided to branch out on his own.

His first feature film “Solo con tu Pareja,” which he co-wrote with his brother Carlos, was released in October of 1992, to English speaking audiences, as “Love in the Time of Hysteria.” The film concerns itself with a man who has been a serial womanizer, but after receiving word that he has contracted HIV, a ruse perpetrated against him by one of his spurned lovers, he begins to reflect on his life. The film caught the attention of Academy Award winning director, Sydney Pollack, (Out of Africa) who hired Cuarón to direct an episode of the series “Fallen Angels” which aired for two seasons on Showtime. The series featured appearances by Benicio Del Toro, Tom Hanks, Diane Lane, Joe Mantegna, Gary Oldman, Alan Rickman, and a host of others. In addition, certain episodes were directed by Peter Bogdanovich, Tom Cruise, Tom Hanks, and Steven Soderbergh, but only Cuarón walked away with a CableACE Award for his directing on the 1994 episode titled “Murder Obliquely.”

Cuarón’s American directing debut came with the 1995 film “A Little Princess” which was based on the novel written by Frances Hodgson Burnett. The film would go on to be nominated for two Oscars, one for Best Cinematography for Emmanuel Lubezki and the other forBest Art Direction-Set Decoration for Bo Welch and Cheryl Carasik. Three years later, he followed with “Great Expectations,“ which was a modern day adaptation of the classic work by Charles Dickens. The film starred Oscar nominated actor Ethan Hawke, (Training Day) and Academy Award winner Gwyneth Paltrow (Iron Man). Cuarón has said that while he was pleased with the aesthetic quality of the film, that the script wasn’t as strong as it could have been, in addition to other problems, all of which he takes responsibility for.

“It’s a movie I did for the wrong reasons. I was too engaged in the machinery” — in reading scripts, that is, and taking meetings, trolling for stars.”

In his next film, “Y Tu Mama Tambien,“he again collaborated on the script with his brother Carlos. At the time of its release in June 2001, it became the highest grossing film in Mexican history. In addition, the Cuarón brothers were nominated for the Academy Award and BAFTA for their screenplay, and the film was nominated for the Golden Globe for Best Foreign Language Film. The plot centers around three characters, two teenagers, Julio (Gael García Bernal)and Tenoch (Diego Luna), and the attractive Luisa (Maribel Verdú), whom they meet at a family wedding. While trying to impress her, they tell Luisa that they plan to travel to a secluded Mexican beach that is extremely beautiful. The beach, as well as the road trip, are complete fabrications on the part of the teens. Luisa, however, after learning of her husband’s (Juan Carlos Remolina) infidelity, decides to accompany the guys on their trip. Throughout the duration of the movie’s runtime, the film transitions from being a comedy to a drama, which speaks on topics such as friendship, sexuality, and social status.

Next, Cuarón was hired to helm the third film based on J.K. Rowling’s iconic Harry Potter books, the 2004 “Harry Potter and the Prisoner of Azkaban.” The movie is considered by many to be the best entry in the series. Interestingly enough, Cuarón had not seen the first two films, nor had he read any of the novels. His friend, Oscar nominated and BAFTA winning, fellow director, Guillermo del Toro (Pan’s Labyrinth) talked him into the project. Two years later, the Cuarón directed “Children of Men,” an adaptation of the novel by P.D. James, opened to strong critical praise and garnered Academy Award and BAFTA nominations. Sadly, it didn’t resonate with the movie going public at the time, but, thanks to strong word of mouth, it has found a new generation of fans on DVD. The film would go on to win the BAFTA for Best Cinematography for Emmanuel Lubezki and Best Production Design for Jim Clay, Geoffrey Kirkland and Jennifer Williams. The movie takes place during the year 2027 in and around a dystopian London, England. No child has been born during a span of eighteen years, and the human race is facing the very real possibility of its own extinction. Clive Owen, who portrays London office worker Theo, agrees to help guide a pregnant woman, Kee, (Clare-Hope Ashitey) on an dangerous journey to a sanctuary at sea. 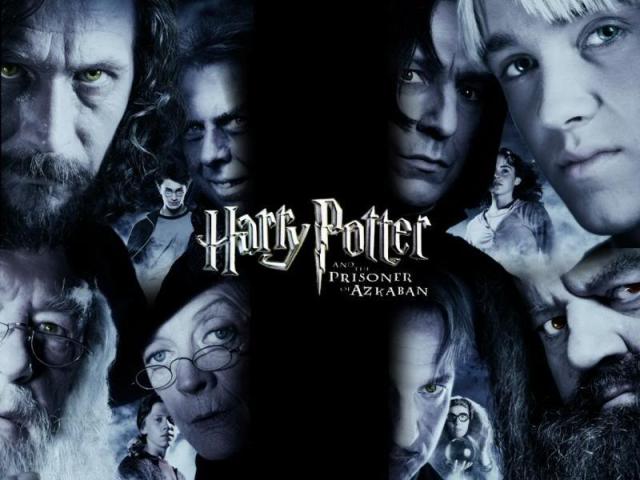 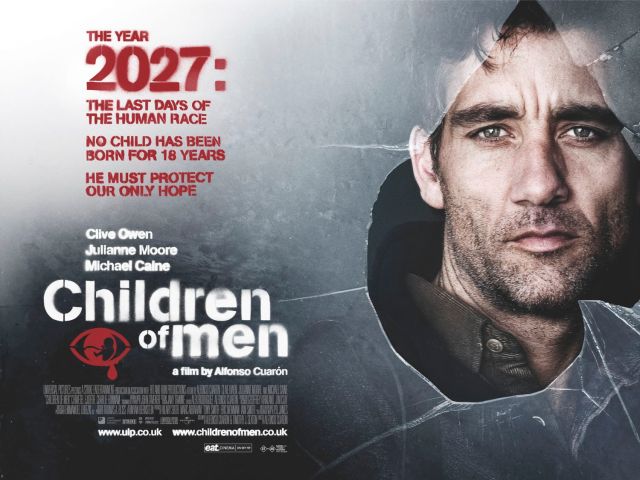 Seven years would pass before another feature film directed by Cuarón would be released; it was one for which he co-wrote the screenplay with his son Jonas. The highly entertaining, innovative and visually stunning “Gravity” took four and half years to turn from concept into a finished film before premiering on August 28, 2013 at the Venice Film Festival. Starring Academy Award winners Sandra Bullock (The Proposal) and George Clooney (Michael Clayton) as two American astronauts stranded in space, because their shuttle was destroyed by the debris from a Russian satellite. The years of hard work would pay off for Cuarón when the film received ten Academy Award nominations and seven victories. Cuarón not only won the Oscar for Best Director, but he also won the BAFTA and Golden Globe, as well as a multitude of other awards. To quote Cuarón discussing the movie and the feel he was striving for he had the following to say:

“We wanted Gravity to be a journey in which people recognize the world that we’re talking about. We wanted it to almost have the experience of an Imax documentary gone wrong.”

What I have written in the proceeding paragraphs about Cuarón’s films was meant to serve as nothing more than a brief introduction charting his career thus far. Any one of the movies that were mentioned could easily have been turned into their own blog, and, in fact, have been by many of the talented bloggers I read on wordpress.com.

Currently airing on NBC is the television show “Believe,“ which Cuarón worked on creating with J.J. Abrams (Super 8). The show deals with a young female child, who possesses supernatural abilities, as well as the people who are trying to protect her from those who would exploit her.

Cuarón is certainly a director who takes his time in-between projects, but the results of quality over quantity shine through when he does release a new film. In closing, I look forward to seeing what a true talent like Alfonso Cuarón will decide to direct for his next film, and hopefully there will be many more in the years to come.

I was born in Smithtown, New York, and grew up, worked, and lived in various areas of Long Island before moving to Boca Raton, Florida where I now make my home. In addition to being an aspiring writer, I am also an English teacher. I have a Bachelor of Arts in English and a Master’s Degree in Education, both from Adelphi University in Garden City, New York. In my spare time you will find me engrossed in books, watching movies, socializing with friends, or just staying active.
View all posts by robbinsrealm →
This entry was posted in Alfonso Cuarón and tagged A Little Princess, Alfonso Cuarón, Believe, Bo Welch, Charles Dickens, Cheryl Carasik, Children of Men, Emmanuel Lubezki, Fallen Angels, Frances Hodgson Burnett, Geoffrey Kirkland, Gravity, Great Expectations, Guillermo del Toro, Harry Potter and the Prisioner of Azkaban, Hora Marcada, J.J. Abrams, J.K. Rowling, Jennifer Williams, Jim Clay, Love in the time of Hysteria, Sydney Pollack, Y Tu Mama Tambien. Bookmark the permalink.