The catalyst for  HBO’s latest documentary, “Beware the Slenderman,” is a heinous crime, which occurred in Waukesha, Wisconsin, on May 31, 2014 – the stabbing of  Payton Leutner, an adolescent girl. A man, out riding his bicycle, discovered Payton’s blood caked and mutilated body, and immediately called 911. Fortunately for Payton, and her loved ones, she arrived at the hospital in time to have surgical measures taken, which ultimately saved her life. Furthermore, it was revealed during court testimony that one of the incisions, made by the blade from her attacker, missed a major artery by a millimeter, which prevented her from dying. Who would hurt a twelve year old child in such a depraved manner? What type of person would not only stab a young girl upwards of twenty times, but lie, and claim help would be sent. The answers to the questions are just as confounding as the crime itself. The crime was not carried out by a deranged serial killer, nor a perverted pedophile, who wanted to make sure they got their way. Instead, Payton was lured into the woods on the pretext of having a fun day, by two of her friends, Morgan Geyser and Anissa Weier, who were also twelve years of age at the time of the incident. 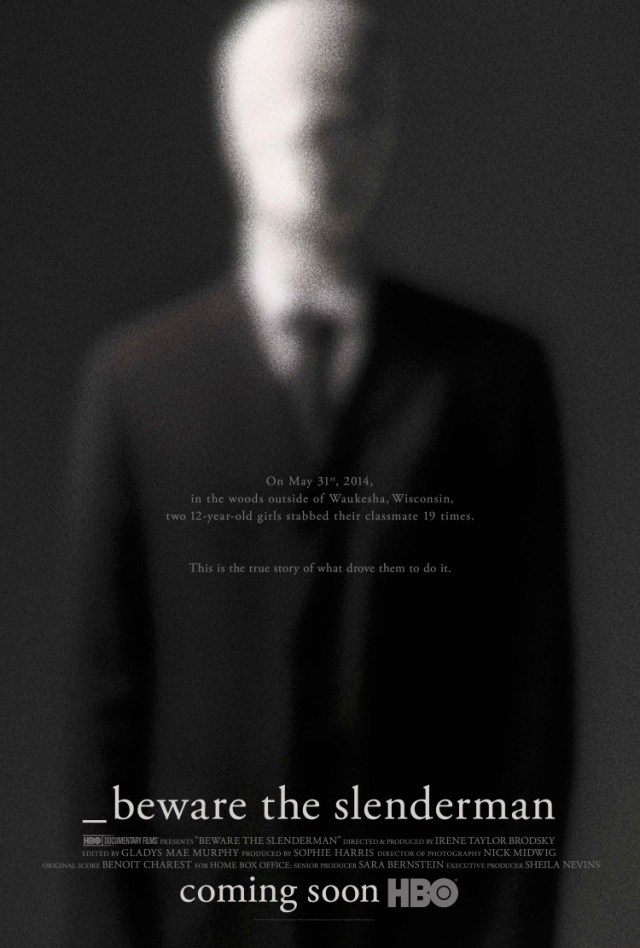 Instead of getting Payton the medical help she so desperately needed, Morgan and Anissa were discovered by members of law enforcement, walking on Interstate 94, on the outskirts of town. The girls were still in possession of the weapon used in the attack. After being taken into police custody, Morgan and Anissa began to provide details to detectives, not only as to what had happened, but the almost unfathomable reason why their friend had become the victim of their vile attack. As devoid of logical and rational thought as this next part might seem, Anissa and Morgan were ordered to murder Payton. They told detectives that they were in fear, not only for their own lives, but the lives of their family members. The driving force behind their inability to say no, and not carry the crime through to its completion, was the unyielding pressure they both felt was being thrust upon them by The Slenderman: He is a fictitious, on-line boogeyman, who is pale and faceless, is always attired in a dark suit, and has the power to adjust his height, among other things. In actuality, Slenderman is a popular character on the Creepypasta Wiki site, who was originally created by Eric Knudsen, and appeared for the first time on June 10, 2009  on the online forum “Something Awful.” Leaving those facts aside, the girls continued to persist in their belief that Slenderman was all too real. Additionally, Anissa and Morgan felt that by obeying Slenderman’s instructions, they would not only save their families, but become part of his minions. When law enforcement officers picked them up on Interstate 94, the girls were on their way to Nicolet National Forest, where allegedly, the hidden mansion that the Slenderman lives in, along with a number of other undesirables, is located. Anissa and Morgan walked several miles, having no idea that it would have taken them, on foot, at least another five hours to get to the location they were looking for.

Oscar nominated director, Irene Taylor Brodsky (The Final Inch), spent the better part of eighteen months documenting the aftermath of the crime. The documentary originally premiered on March 11, 2016 at the South by Southwest Film Festival. Interviewed during the film are lawyers, member of law enforcement, psychologists, and those who are considered experts on social media. Everyone the filmmakers spoke to attempted to provide insight as to how two seemingly normal girls, who had never had issues with law enforcement prior to the chaos they unleashed, could be tricked into believing that the character of Slenderman was a viable reality. While delving into the origins of the Slenderman character, and his global on-line reach, the viewer will learn that others like Morgan and Anissa, treat the Slenderman with reverence, but the majority of the on-line community merely uses his character to have fun with: photographs are doctored to make it appear as if Slenderman is watching over a group of people, usually children; on-line videos where people begin to talk about how they’re not feeling well, and all of a sudden Slenderman can be seen lurking in the background; there are also games and stories involving the Slenderman character, as well as many original drawings depicting what he looks like.

Unfortunately, Brodsky was unable to get an interview with the victim’s family members. Additionally, Morgan Geyser and Anissa Weier were not allowed to be interviewed for the film. In fact, at their court proceedings in the juvenile court, Brodsky and her team were barred from taking photographs of the girls’ faces. The parents of Geyser and Weier, as well as other family members of the girls, speak throughout the duration of the 114 minute documentary. While watching the film, I didn’t feel the parents were trying to condemn the horrific actions their children had taken, but nor did I feel they were trying to sugar coat the events. They want answers as to the ‘why?’ just as much, more so in fact, than anyone involved in the current respective cases involved against their daughters. (As an aside: The girl’s voices are for the most part, with the exception of a phone call home from the juvenile detention center, and some family video footage, heard as they are being interrogated by detectives about what they did to Payton).

The film alternates between all of the aforementioned, and the girls’ competency hearing which will determine if they should be tried as adults or juveniles. In the beginning, it is made known to the viewer, that attorneys for Morgan Geyser and Anissa Weier, are attempting to get the case moved from the criminal justice system into the juvenile courts. The difference, in regard to punishment, as to what court the case is heard in, could be the difference for the girls of getting out as early as eighteen years of age, or if tried and convicted of attempted murder in a criminal court, having to remain behind bars for upwards of sixty-five years.

There are parts of “Beware the Slenderman” that could have been left out of the documentary, in order to make it a more focused and fluid moving film. Prior to watching the movie, I knew very little about Slenderman and the vicious crime that was perpetrated by the two pre-teen girls in his name. The documentary should appeal to those of you who are interested in watching films or television shows that deal with true crime, or are based on real life crimes. Fans of “Making a Murderer” might enjoy this, but to a lesser degree because there is no ambiguity regarding the guilt of the girls. I won’t spoil it for those of you, who haven’t seen it yet, but while there is no Steven Avery wrongful incarceration situation that is revealed during the film, information that is released regarding Morgan Geyser might go a long way in explaining why she was susceptible to going through with what she did.

The trial of Morgan Geyser and Anissa Weier is set to begin this year, so perhaps, Brodsky and her crew will decide to return to Wisconsin, and follow up with all involved. If they do, I’ll be interested in learning what will be the ultimate fate of the two girls, and hopefully learn that the victim, in all of this, Payton Leutner, has been able to move forward as best she can, and is living a productive life.

I was born in Smithtown, New York, and grew up, worked, and lived in various areas of Long Island before moving to Boca Raton, Florida where I now make my home. In addition to being an aspiring writer, I am also an English teacher. I have a Bachelor of Arts in English and a Master’s Degree in Education, both from Adelphi University in Garden City, New York. In my spare time you will find me engrossed in books, watching movies, socializing with friends, or just staying active.
View all posts by robbinsrealm →
This entry was posted in Movies and tagged Anissa Weier, Beware the Slenderman, Eric Knudsen, Irene Taylor Brodsky, Morgan Geyser, Payton Leutner, The Slenderman. Bookmark the permalink.

3 Responses to “Beware the Slenderman”