At the start of the first episode of “Shadow of Truth,” Ilana Rada is talking about every parent’s worst nightmare, the disappearance of a child. In this instance, her daughter, Tair, had not returned home from school, even though classes had ended hours earlier. Additionally, neither she, nor her husband, nor, for that matter, any of Tair’s friends received a phone call or a text alerting them to her whereabouts. As day turned into night, the Rada’s neighbors banded together to form a search party to look for the teenage girl. Their ultimate discovery would contain no silver lining.

Hours earlier, when thirteen year old, Israeli, Tair Rada walked into the second floor bathroom of Nofey Golan High School, on December 6, 2006, she had not an inkling of the unmitigated terror that was about to befall her.  Why? How? – and by whose hands did that day’s horrific events unfold are still being debated. After the search party discovered Rada’s mutilated, and blood caked body in a locked bathroom stall, the impact was felt immediately by the residents of the peaceful town of Katzrin, located in the Golan Heights. Accusatorial accusations were strewn about with little forethought, and an unnerving sense of dread engulfed the community. What sort of depraved  monster, with a total disregard for the life he took, as well as the family he would subsequently destroy by his actions, could perpetrate such barbarity? That is the question “Shadow of Truth,” a four-part documentary series, each installment of which examines the murder and its aftermath from a different point-of-view; each segment attempts to answer while uncovering the truth of what happened, and why, during the heinous incident that claimed Tair Rada’s young life. 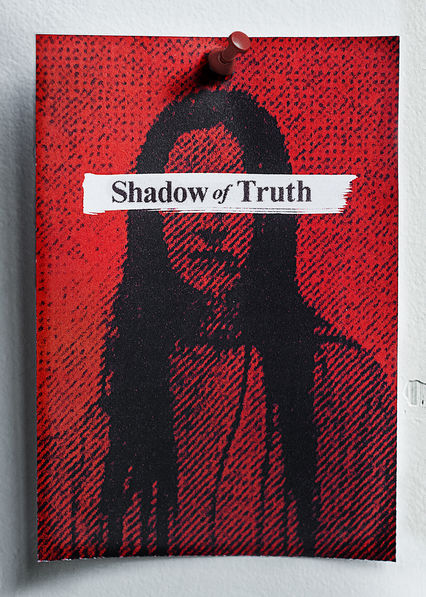 Ukrainian immigrant Roman Zadorov, a knife collector, who had a large collection of pictures of naked teenage girls on his computer, was ultimately arrested, and thoroughly interrogated by Israeli police. Furthermore, he was placed in a cell with a police informant, who over a period of time, was able to gain Zadorov’s trust, and get him to start talking. In the end, through continuous questioning by police, and the trickery employed by the informant, who kept attempting to convince Zadorov to confess, and make up a story, in order to receive a lighter prison sentence, Zadorov broke down and did offer up a confession.

There are several major problems with that, however, that discount Zadorov’s confession from an evidentiary perspective: Firstly, over sixty sets of fingerprints were found in the locked bathroom stall, where Rada’s body lay dead, not one of those fingerprints were linked to Zadorov. Secondly, the pathologist involved in the Rada case could not give a clear estimation as to the time of death. Thirdly, clutched in Rada’s hand were strands of hair, most likely taken from her attacker as she attempted to fight him off; the hair samples did not match hair taken from Zadorov. Lastly, the judge who twice held up Zodorov’s conviction on appeal, was found to be engaging in highly inappropriate behavior for a member of the judiciary. There was never any disputing, that Zadorov was working at Tair Rada’s school at the time she was killed, but even when the police, – who, foolishly on their part videotaped it – had Zadorov walk them through his actions on the day of the murder, he had to be turned around because he would walk in the wrong direction, and had to be given reminders as to where things were located; to me as a viewer, it all looked very suspicious. I got the sense that it was more important for the police to close a case, and send Zadorov to jail for the crime, as opposed to truly making sure justice for the Rada family, and most importantly Tair Rada, was being served.

In addition to members of the Rada family, throughout the series numerous witnesses appear to offer what they felt they heard and saw before and after she was murdered. The prosecution and the defense are interviewed, and allowed to once more, plead their respective cases. The pathologist offers his opinion, much to the dismay of the prosecution whose theories he casts serious doubts on. The series, like most of its kind, utilizes archival footage, current interviews, taped interrogations between the police and Zadorov, as well as speculative reenactments of what took place.

In the interest of full disclosure, the police state that they followed up every lead imaginable when it came to bringing Tair Rada’s killer to justice: They questioned her friends, family and school staff; they even went as far as checking into rumors that she was a sacrificial victim of a satanic ritual. The statements of psychics who were permitted  to offer their help, or lack thereof, were also taken. When all hope seemed lost for Zadorov ever being granted his freedom, a mystery man, whose face is covered in shadows, speaks on camera, claiming to know the real killer. He has intimate details of the crime scene, not released through the media to the public, and is willing to provide the name and location of the murderer. When asked to take a polygraph test to determine the validity of his story, he easily passed it.

Will the police ever acquiesce and re-open the investigation? As of the writing of this post, even with public pressure mounting for definitive proof as to the truth of who murdered Tair Rada, Israeli law enforcement are steadfast in their mindset that the right person is behind bars. What of the mystery man who came forward to identify the real killer? What are his motivations? Will the person he accused of being the murderer defend themselves, or does that person have good reason to want to stay far away from the authorities?

The critically acclaimed “Shadow of Truth,” was directed by Yotam Guendelman, Ari Pines, and Mika Timor. The series was released in Israel on March 27, 2016, under its original title “Tzel Shel Emet.”  On January 27, 2017, the documentary series was made available to American Netflix subscribers. The four-part series is spoken in Hebrew with English subtitles. For those of you, who like watching true crime documentaries, especially where nothing is as it first appears, you should find this to be an interesting series that offers a number of twists and turns.

I was born in Smithtown, New York, and grew up, worked, and lived in various areas of Long Island before moving to Boca Raton, Florida where I now make my home. In addition to being an aspiring writer, I am also an English teacher. I have a Bachelor of Arts in English and a Master’s Degree in Education, both from Adelphi University in Garden City, New York. In my spare time you will find me engrossed in books, watching movies, socializing with friends, or just staying active.
View all posts by robbinsrealm →
This entry was posted in TV Series and tagged Ari Pines, Ilana Rada, Mika Timor, Roman Zadorov, Shadow of Truth, Tair Rada, Tzel Shel Emet, Yotam Guendelman. Bookmark the permalink.