“Lock Every Door by Riley Sager”

Posted on September 23, 2019 by robbinsrealm

Riley Sager’s psychological thriller “Lock Every Door,” opens with a woman waking up in a hospital. She has been struck by a car and injured, and can’t remember much of what took place before the accident. Sager soon reveals to the reader, that the woman is Jules Larsen, the main protagonist of the novel. She is a young woman in her twenties, who, in addition to the accident, has experienced a good deal of tragedy in her life. Jules younger sister, years earlier, either ran away from home or was abducted, no one knows the exact truth. Additionally, her parents, not being able to cope with the sister’s disappearance, as well as some other issues, have committed suicide.

After the opening at the hospital, the story shifts back to six days prior to the accident. From that moment forward in the novel, Sager begins to reconstruct what happened to Jules during the previous six days, and what led up to her getting hit by a car. The novel shifts effortlessly from past to present, creating mounting tension along the way.  The reader learns that Jules has not only lost her job, has little in the way of finances, but also has caught her live-in boyfriend, Andrew cheating on her. Jules moves out of Andrew’s apartment, and into her best friend Chloe’s place, where she takes up residence on the couch, and begins searching for jobs on her laptop. While searching the employment adds on Craigslist, she comes across an unbelievable offer, that seems too good to be true. The job is for an apartment sitter, but not for some normal building, but instead, for the historic Bartholomew, which overlooks Central Park. Jules applies immediately, expecting never to hear back from the person who has placed the add, but she does hear back rather quickly, and an interview is set. 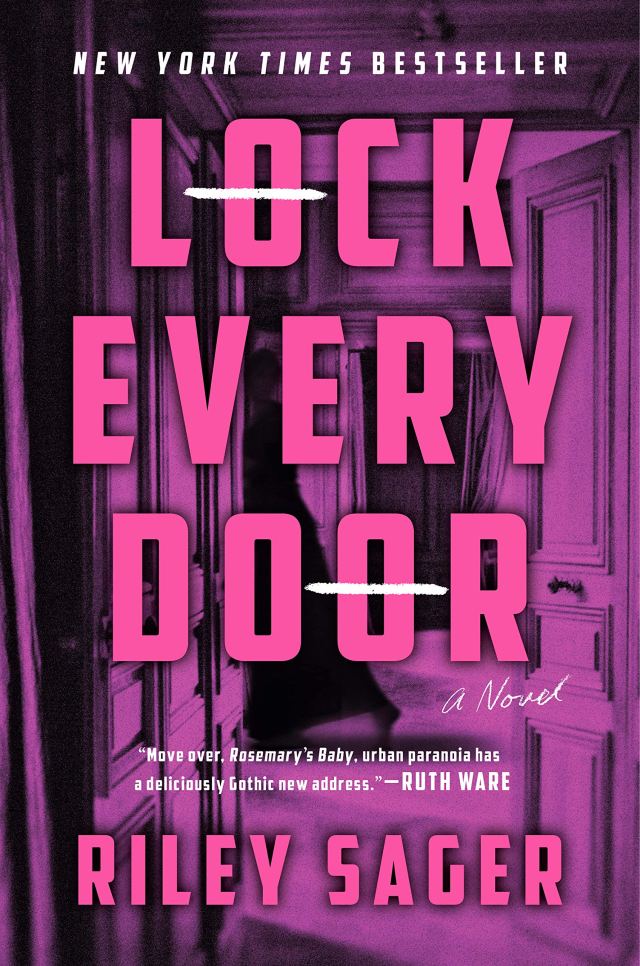 Jules can’t believe the particulars of the job. She will be paid $1000 dollars a week, but before she can take the job, she has to agree to live by certain non-negotiable rules. She is not allowed to have visitors, it doesn’t matter if it is during the day or at night, no visitors are permitted at anytime. She is told that the residents of the Bartholomew very much value their privacy. Jules also must spend every evening in the apartment, if she spends even one night away, she will be fired. Lastly, she is only permitted to speak to residents if they address her first. While Jules feels the rules are a bit much, the chance to earn $1000 dollars a week for three months, is too great an opportunity for her to pass up. She agrees to the rules, and is given the job. One of the other draws for Jules, apart from the financial compensation, is that her favorite fictional novel, “Heart Of A Dreamer” written by Greta Manville, takes place at the Bartholomew. Manville, also happens to be a resident of the building. Manville’s novel is special to Jules, because it was her younger sisters’ favorite book as well, one which Jules used to read to her.

The way Sager writes about The Bartholomew, the building becomes a character in its own right. For example, as mentioned earlier the building overlooks Central Park, and certain apartments, including the one Jules is staying in, have a spectacular view of the park. Jules is not only taken with the view, but also one of the many gargoyles that adorn the building’s exterior. The one located outside of her bedroom window, she names George. Furthermore, the Bartholomew features, among other things, an old fashioned elevator, spiral staircases, and spacious furnished apartments. There is also the creepy wallpaper, that Jules could do without, because when she looks at it for too long, she feels like she’s being watched.

Jules befriends Ingrid, a fellow apartment sitter. The two meet for lunch in Central Park, and hit it off. Ingrid confides in Jules that the Bartholomew has had its share of mysterious events take place there, which have led people to believe that the building is haunted. Ingrid doesn’t mind telling Jules that she doesn’t feel entirely safe there, but is keeping the job because, like Jules, she needs the money. Ingrid makes Jules promise that she will spend time with her on a regular basis, while they’re both working at the Bartholomew, Jules agrees. The next day, however, Ingrid fails to show up to meet Jules. Normally, Jules wouldn’t worry, but the previous evening, she heard strange noises emanating from the apartment Ingrid is watching; when she went to check on Ingrid, she acted strange. Making matter worse, Chloe has been sending Jules links to articles on-line, which talk about the deadly occurrences that have taken place at the Bartholomew over the years.

Scary stories aside, Jules senses that something sinister has happened to Ingrid. She doesn’t want history to repeat itself, and for Ingrid to suffer the same fate that might have happened to her sister, so she goes in search of her new friend. When Jules confronts people in the building such as the doorman, and the woman who hired her for the position, she is informed that Ingrid quit, and left in the middle of the night. The further Jules looks into what happened to Ingrid, the more she learns about the suspicious goings on at the Bartholomew, not the least of which, is that Ingrid is not the first apartment sitter to apparently quit before finishing the job.

What happened to Ingird? Is she the victim of foul play? Did she merely leave, as stated by Bartholomew employees? What exactly is going on at the Bartholomew? Is it haunted as some people have suggested? Does the building’s past have anything to do with what is taking place in the present? Will Jules find Ingrid or is she in over her head? All of those questions and more will be answered by the novel’s conclusion.

“Lock Every Door,” Riley Sager’s third novel, was published by Dutton on July 2, 2019. The 384 page novel, like his previous two, is a real page turner. I wanted to keep reading further to discover not only what happened to Ingird, but what if anything was taking place at the Bartholomew. In addition, I was rooting for Jules to succeed, not only in her investigation, but to be able to get her life back on track in a positive direction. In conclusion, Sager’s well written novel offers up numerous twists and turns, which should keep readers guessing, until toward the end when all is revealed as to what is really taking place.

I was born in Smithtown, New York, and grew up, worked, and lived in various areas of Long Island before moving to Boca Raton, Florida where I now make my home. In addition to being an aspiring writer, I am also an English teacher. I have a Bachelor of Arts in English and a Master’s Degree in Education, both from Adelphi University in Garden City, New York. In my spare time you will find me engrossed in books, watching movies, socializing with friends, or just staying active.
View all posts by robbinsrealm →
This entry was posted in Literature and tagged Lock Every Door, Riley Sager. Bookmark the permalink.