Suburban married couple Max, portrayed by Golden Globe winner Jason Bateman (Arrested Development) and Annie, played by Oscar nominee Rachel McAdams (Spotlight), are two very competitive individuals when it comes to playing games. The start of the film shows the two meeting at one such gaming competition, and over the years, a montage showcases the couple vanquishing their gaming opponents, until one day, Max proposes, and Annie happily accepts. The couple hosts game nights with their friends: husband and wife, Kevin (Lamorne Morris) and Michelle (Kylie Bunbury), who have, unbelievably, been together since middle school; single friend, Ryan (Billy Magnussen), who brings an assortment of different, dim-witted, dates to game night. Max and Annie’s next door neighbor Gary Kingsbury, a police officer, who is seemingly always dressed in his uniform and accompanied by his dog, Bastian, is a former participant at game night. He has been kept away from the get-togethers since his divorce from Debbie (Jessica Lee), who the friends admit they liked more. He makes it known that he very much would like to be included in any game night plans. In the role of Kingsbury is Emmy nominee Jesse Plemons (Fargo). 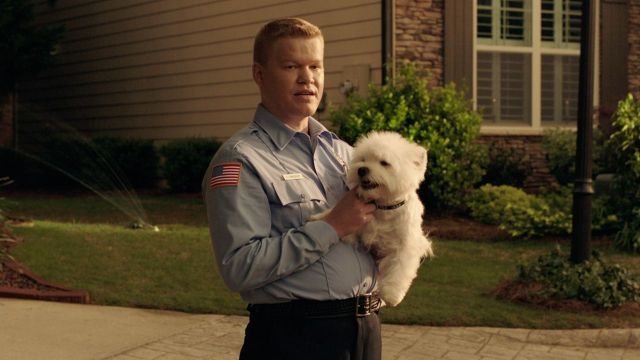 Breaking up the friends’ standard game night outings, is the arrival, from out-of-town, of Max’s older brother, Brooks, portrayed by Emmy winner Kyle Chandler (Friday Night Lights). He is an arrogant, successful and highly competitive individual, who always seems to be able to one up Max in whatever he sets his mind to. He also, it’s alluded to, might be psychologically hampering Max and Annie from conceiving the baby they’ve been trying for. Brooks has decided to host his own game night, but instead of just friendly camaraderie, the winner will get a 1976 Corvette Stingray, which just so happens to be Max’s dream car.

When the assemblage of friends arrive at the mansion Brooks is renting, it is soon learned that board games will not be played that evening. Instead, Brooks has made arrangements with a gaming company that employs actors and actresses, to host a murder mystery party. The person who pieces together the clues and is the first to find him, will win the Corvette.

Entering the home, a short while after Brooks explains what is taking place, is Golden Globe winner Jeffrey Wright (Angels in America), portraying an employee of the gaming company; his role for that night, is that of a faux, F.B.I. agent. He begins speaking about a dangerous element that has been spotted in the area, and distributes folders to the participants. Moments later, two men break through Brook’s front door, beat up Wright’s character, and drag Brooks kicking and screaming from the house. The friends are in awe of how realistic everything seems. The catch is that Brooks, as it will later be revealed, is not all he claims to be, and instead of being captured by actors, unbeknownst to everyone, he is taken by real criminals, who want to retrieve something of value he has stolen from them.

Afterward, the couples split up, and begin to attempt to piece together the clues that will lead them to Brooks, and winning the car. Max and Annie track down Brooks, who is being held in a room at a dive bar. Thinking the criminals are actors brandishing toy guns, Max and Annie confront the dangerous element in the spirit of the game; it won’t take long for them to realize that the guns aren’t toys and the criminals aren’t pretending. Brooks’ life is imminent danger, and amid chaos, Max and Annie rescue him. During an ensuing car chase, Brooks admits who he really is, and in order to save his brother and sister-in-law, he jumps from the car, so they can get away. The intentions of the criminals are made known, that if a stolen Fabergé egg is not safely returned to them, Brooks will be killed. Will Max and Annie, with the help of their friends, be able to win at the highest stakes game they’ve ever played? 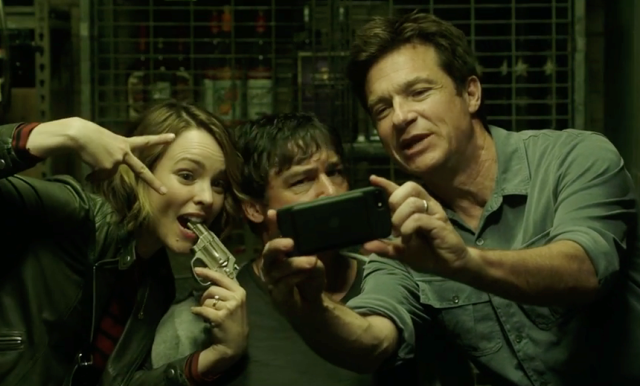 In addition to the aforementioned members of the cast, accompanying the friends is Sarah, Ryan’s date for the evening, played by three time BAFTA nominee Sharon Horgan (Catastrophe); unlike most of his dates, she is highly intelligent and will be of much needed help to him throughout the evening. Additional actors of note that appear in the film, are: Golden Globe nominee, Danny Huston (Magic City), as a wealthy party host named Donald Anderton; and Golden Globe winner Michael C. Hall (Dexter) as a high level, criminal known as ‘The Bulgarian.’

“Game Night” premiered in New Zealand on February 15, 2018. The film was written for the screen by Mark Perez (Accepted), and co-directed by BAFTA nominees, John Francis Daley (Spider-Man: Homecoming) and Jonathan Goldstein (Horrible Bosses). “Game Night” is parts action – comedy – crime – mystery and thriller. The film, is mostly a fun ride that doesn’t require the viewers to tax their brains in order to keep up with what is taking place on screen. The members of the cast do a good job with their respective roles, especially Bateman and McAdams, who have believable on screen chemistry. The standout of the film, however, is Plemon’s Kingsbury with his deadpan delivery and the general creepy vibe his character gives off.  For the most part the ensemble cast kept the laughs coming and the film moving at a good pace. The movie, however, might have benefitted from trimming at least ten minutes from its 100 minute runtime, as the ending did seem to stretch a bit too long, and included some action sequences that weren’t that impactful. In closing, while I didn’t love “Game Night,” I certainly liked it enough to recommend it for at least a one-time viewing.

I was born in Smithtown, New York, and grew up, worked, and lived in various areas of Long Island before moving to Boca Raton, Florida where I now make my home. In addition to being an aspiring writer, I am also an English teacher. I have a Bachelor of Arts in English and a Master’s Degree in Education, both from Adelphi University in Garden City, New York. In my spare time you will find me engrossed in books, watching movies, socializing with friends, or just staying active.
View all posts by robbinsrealm →
This entry was posted in Movies and tagged Billy Magnussen, Danny Huston, Game Night, Jason Bateman, Jeffrey Wright, Jesse Plemons, Jessica Lee, John Francis Daley, Jonathan Goldstein, Kyle Chandler, Kylie Bunbury, Lamorne Morris, Mark Perez, Michael C. Hall, Rachel McAdams, Sharon Horgan. Bookmark the permalink.