“For the Love of Spock”

There are millions of people throughout the world who are fans of one or more of the various incarnations of creator Gene Roddenberry’s Star Trek universe. Populating that universe are a myriad of different characters that have appeared on the television series “Star Trek” – “Star Trek: The Next Generation” – ” Deep Space Nine” – ” Voyager,” and “Enterprise;” a sixth Star Trek television series, “Discovery,” is set to air in 2017.  A few of those beloved characters include, but are not limited to: Captain Kirk (William Shatner) –  Captain Picard (Patrick Stewart) – Data (Brent Spiner) – Seven of Nine (Jeri Ryan) Q (John de Lancie) – and my personal favorite, the half-human and half-Vulcan, Mr. Spock (Leonard Nimoy). The entertaining and informative documentary “For the Love of Spock” premiered on April 16, 2016 at the Tribeca Film Festival; it later had its theatrical release on September 9, 2016. The documentary’s release date was purposely chosen to coincide with Star Trek’s 50th Anniversary on September 8, 2016; the day the first ever Trek episode, “The Man Trap,”  aired on NBC television. 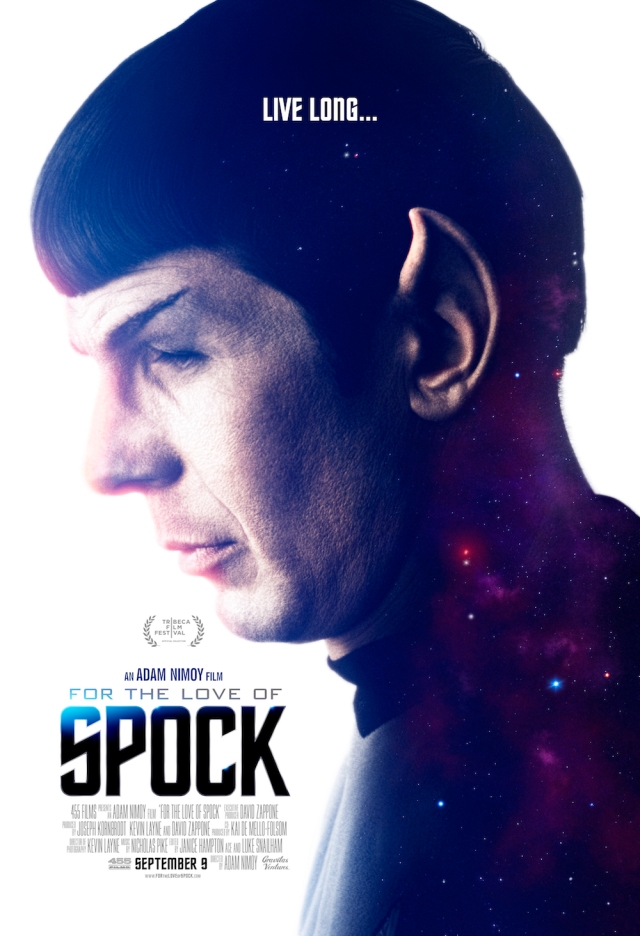 “For the Love of Spock” was directed by Leonard Nimoy’s son Adam, who has primarily worked as a television director. The project was started before Leonard Nimoy passed away on February 27, 2015 from chronic obstructive pulmonary disease, which he had been fighting for two years. Prior to his death, Nimoy worked with Adam as a collaborator on the documentary, which was originally meant to serve as an exploration of the legacy of the Spock character, and his place in popular culture. While a good portion of the film’s 111 minute duration does focus on the career accomplishments of Leonard Nimoy, especially his work on Star Trek, it does veer off into more personal subject matter, including an emotionally infused, handwritten letter, which Nimoy wrote to Adam in 1973, attempting to explain to his son why he might come across to him as reticent at times.

During the film, Adam Nimoy explores the tempestuous relationship that he had with his father for many of his formative years, and well into adulthood, before they reconciled. After his father’s career took off, especially his popularity as Mr. Spock, the Nimoy family benefited financially. Conversely, when Leonard Nimoy was home, for brief interludes of time between filming and public appearances, he had a difficult time relaxing and getting out of character. In addition to Nimoy’s fans who were always seeking autographs and pictures, a number of people showed up at the Nimoy’s home wanting to talk with the actor in person. Nimoy, who had no idea that the Star Trek series would fundamentally change his life, had to eventually get an unlisted telephone number. This was something Nimoy had never thought of prior to Star Trek, even though he had appeared in films, on television series, and in the theater numerous times before.

Throughout the documentary, Adam Nimoy uses clips from all parts of Leonard Nimoy’s career. In addition to his work on Star Trek, there are clips from other television series such as “Mission Impossible” and films like the 1978 re-make of “Invasion of the Body Snatchers” directed by Philip Kaufman. There is a part regarding Nimoy’s turn as the character of Arthur Goldman, in a stage production of Oscar nominee Robert Shaw’s (A Man for All Seasons) “The Man in the Glass Booth.” In addition, included in the documentary is a small portion of the silly music video for “The Ballad of Bilbo Baggins,” a song from Leonard Nimoy’s album “Two Sides of Leonard Nimoy” which was released in 1968. Nimoy’s other passions, such as flying and photography are also mentioned. 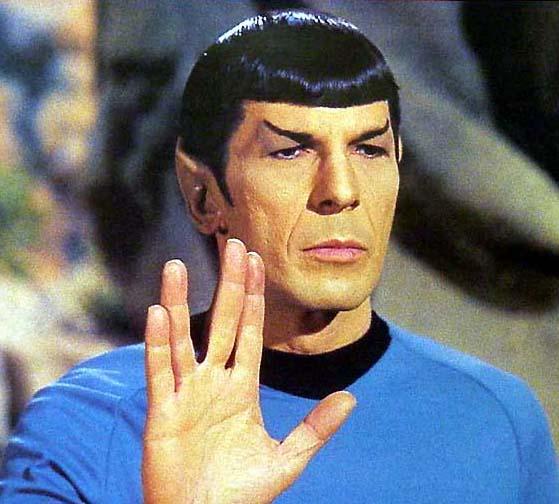 Throughout the film, commentary is provided by, amongst others: William Shatner, J.J. Abrams, Zoe Saldana, Simon Pegg, Zachary Quinto, and George Takei. For those who are casual fans of Star Trek, or are new to the universe, who have never delved into behind the scenes aspects of Spock’s character, information is imparted to the viewer regarding how Leonard Nimoy came up with the idea for the Vulcan hand gesture, which is always accompanied by the saying “live long and prosper.” Additionally, the origin of the Vulcan neck pinch, which renders anyone who Spock applies it to unconscious, is also discussed. Further topics include how getting the right looking prosthetic, pointy ears, that have become synonymous with the Spock character, happened virtually right before filming for the series was about to commence. There is a great deal of information contained within “For the Love of Spock,” which is currently streaming on Netflix, that I haven’t even touched on. In my opinion, this is the sort of film that can be enjoyed by Star Trek fans, and non Star Trek fans alike, due to the very full and interesting life Leonard Nimoy lived. 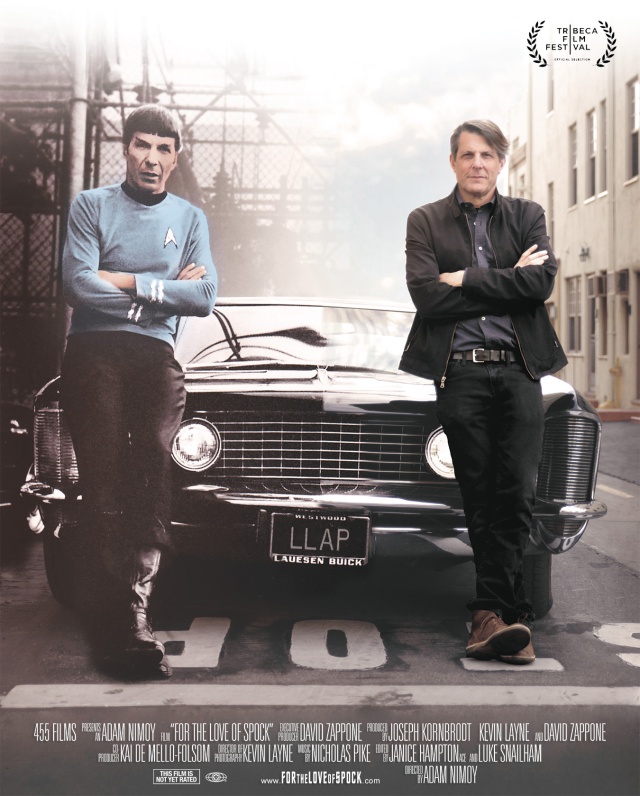 I was born in Smithtown, New York, and grew up, worked, and lived in various areas of Long Island before moving to Boca Raton, Florida where I now make my home. In addition to being an aspiring writer, I am also an English teacher. I have a Bachelor of Arts in English and a Master’s Degree in Education, both from Adelphi University in Garden City, New York. In my spare time you will find me engrossed in books, watching movies, socializing with friends, or just staying active.
View all posts by robbinsrealm →
This entry was posted in Leonard Nimoy, Movies and tagged Adam Nimoy, Brent Spiner, For the Love of Spock, Gene Roddenberry, George Takei, J.J. Abrams, Jeri Ryan, John de Lancie, Leonard Nimoy, Mr. Spock, Patrick Stewart, Philip Kaufman, Robert Shaw, Simon Pegg, Star Trek, William Shatner, Zachary Quinto, Zoe Saldana. Bookmark the permalink.

10 Responses to “For the Love of Spock”